THE BLOG
Book me!
INFO
GALLERIES
About
Home

Thanks for dropping by my little corner of the internet! Grab some coffee and stay for a while! XO

These two were a part of the same friend group for years and never crossed paths until the day their lives changed – April 2nd, 2016 (well sorta). Shelby was throwing a birthday party for one of her friends and Zac happened to be around town and came over. Sadly, nothing amounted to their night of being introduced to each other and getting to talk for the first time. It was a few days later when Zac slid into her DMs and she knew right away he had a crush on her.  Eventually, Shelby learned that Zac was a pilot and was going to be leaving for 2 YEARS of training to become an Air Force Pilot!! That was when she knew without hesitation that he was the man she wanted to be with. They started officially dating not long after while Zac has lived in many different places like Alabama, Arkansas, and finally Minneapolis. Was this a little crazy? Yes. Was it worth it? ABSOLUTELY!!

Two years later, Shelby made a trip down to Arkansas on Valentine’s Day. They went out for a nice dinner and just planned to hangout after. Zac insisted they went for a run and while on the trail they stopped at a park bench and Shelby found a letter and was so confused. Zac wrote her the sweetest letter about their future together and where things were headed. She definitely ugly cried. Who wouldn’t though?! As they kept going on the trail there were different trees that had nailed boards saying “Shelby” “Will You” “Marry Me” and there he was on one knee waiting for the answer that decides it all. Of course, like anyone’s first reaction would be Shelby said “Are you f***ing serious?!!” but then of course said yes! These two had one of the most meaningful weddings because of all they have been through together. It’s no walk in the park having to be away from the person you love for so long, especially 2 years!!

These two managed to make it through better than ever and this shows throughout their wedding day. They had one of the most beautiful & emotional wedding days I have ever photographed. Every part of this day was filled with emotion. Hand written letters, first looks, special dances & the ceremony where they said their own personal vows & these two couldn’t keep their hands off each other. They even kissed (TWICE) before their actual pronounced first kiss. My cheeks hurts after this day and my heart was so full watching these two fall even deeper in love. I wish nothing but the best for you two on your journey of love, life, and happiness! 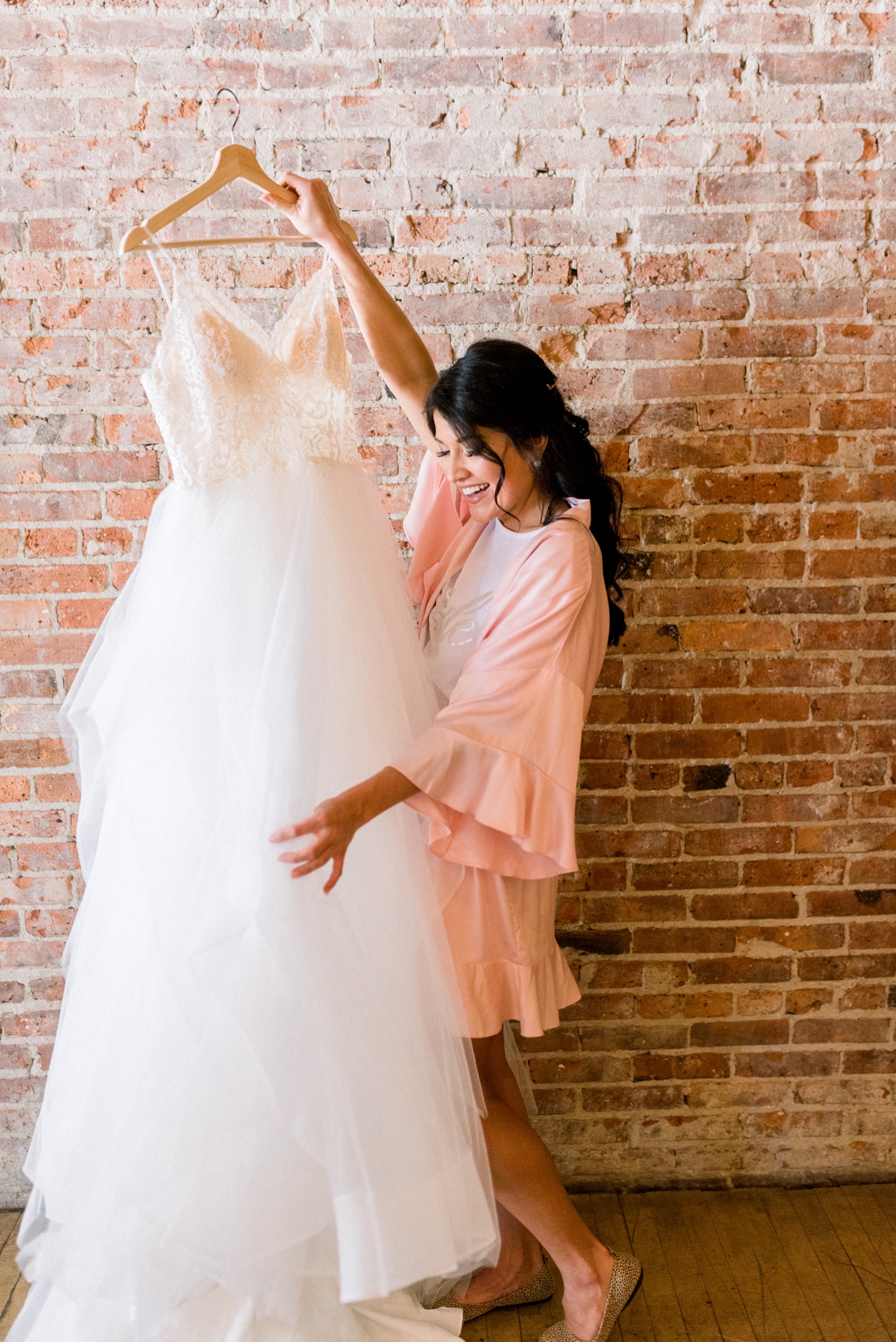 Rings: The Gold Mine

Check out their engagement session here!

My style is timeless, elegant, adventuresome, & personal. I’m dedicated to capturing fine elegance + raw beauty all the while keeping it real + being authentic. My passport is always current, so wherever you are based, if you're a free spirit who loves modern, romantic photography - I'm your girl.